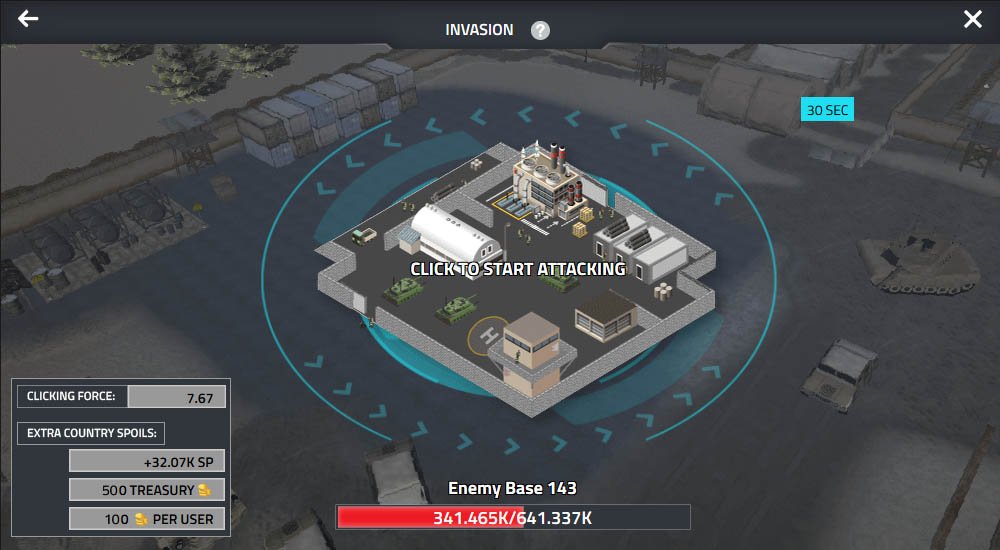 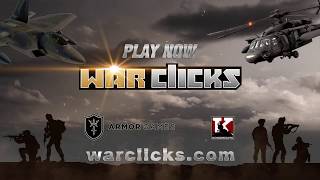 -> Test your pre-built powers on the battlefield
- Test different strategies while attacking the enemies
- Fight invasions, fight single mode or fight together with your countrymen for common country goals

-> Compete with other soldiers around the globe

-> Strategy matters
- Choose when you might want to sacrifice your progress to gain huge long-lasting boosts that snowball your power
- Various mini-games and tasks you can complete to become stronger
- There is no limit when it comes to how powerful you can become!

-> Idle Clicker Mechanics
- Trainers are working also while you are offline

Other Gamex from Gamex studio:

Area Raiders: idle game inspired by the announcement of the Storm Area 51 Event

(Raid bases & reveal what they've been hiding away from us,...)

Coming to War Clicks in the near future:

First of all, I hate idle clicker games. In my humble, personal opinion, they are the worst of games. But my opinion doesn't matter in this... what users want matters :)

I think your progression is decent. The game gratifies me wasting my life in it in a good fashion. The carrot is there, I can see it... and the game guides me through what I have to do to get it. 15 minutes into the game I hit a small plateau in the progression, as in... there was nothing to do but wait for the money to farm itself. This made me wanna close the game, but I pulled through so I can write this roast.

I would like to have a visible global counter on how much money I'm getting / second with the current setup, so I know how much I can leave it running in order to buy my targeted upgrade.

Some other idle games like yours use a character that randomly appears in the 'action phase' (Boot Camp) and requires the player to hit it in order to receive a temporary boost. This is good for the waiting player that wastes his life watching a screen farming a random virtual currency. You should do this.

The UI is at most mediocre. I feel it could be ok, but the backgrounds ruin it.
The general color scheme is depressive.

I played for about one hour total. I played some War Zone too and a PvP match. Didn't understand anything that happened or why/how I lost that match. I didn't try again.

The tutorial was ok, but the graphics in it really don't match anything in the game. The smiling guy with a mushroom on his head looks like he's from a different movie.

Sounds, I don't know... I killed it as soon as I got rid of the tutorial blocking screen. Don't waste resources on it.

One important question for you: What does your game brings extra, to make it better than the bazillion other idle clickers out there?