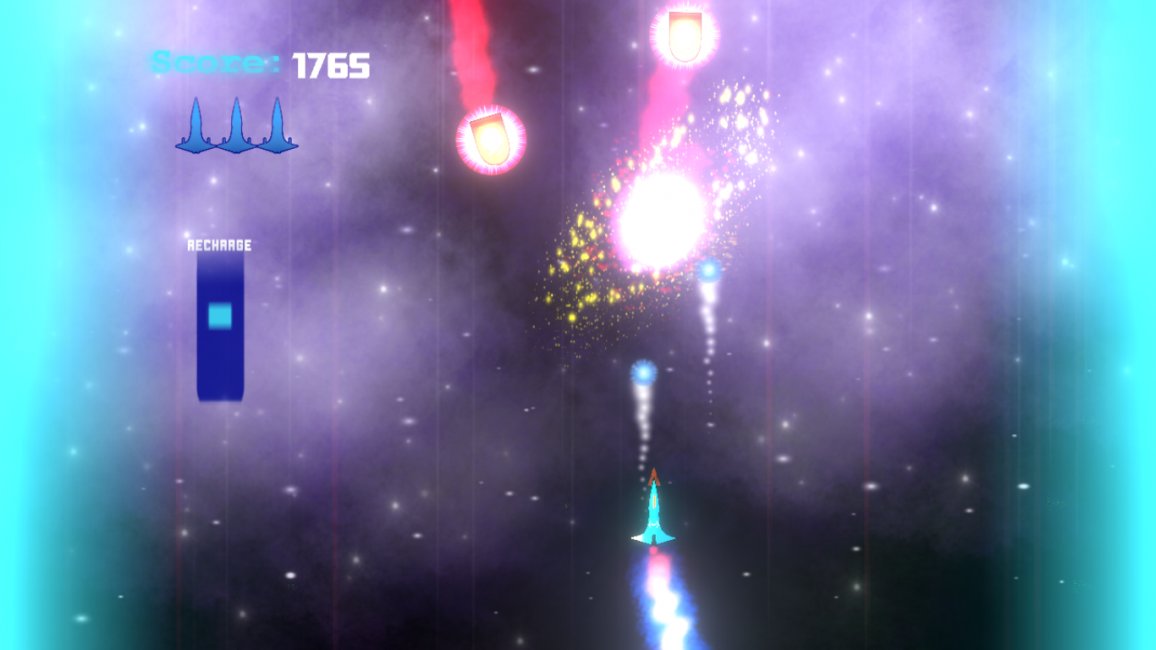 Vortrus is a space shooter in which you fight the expansive Karasyn space force and seek to preserve your home planet. Use powerups, your laser cannons and your laser sharp reflexes to push your way further into their empire and take down their nation! Blast your way through hordes of spacecraft and fight for justice and the preservation of your entire race.

Game was updated to the current version on other sites.

Game Graphics Mechanics
Cool game!
The gratuitous particle effects are great! The controls played nice and smooth. I liked the variety of enemies.

When you retry after a game over there are a few bugs. On my first retry, my ships speed became very very slow. It was still moving but it probably would have taken 30 seconds to get from the middle of the screen to an edge. Then after when I died, my ship respawned below the screen. After exiting to the menu and trying again, and getting another game over at the boss (I am awful at arcade games) when I retried the boss was still there along with the rest of the level. Also as a minor thing, the vertical bounds your ship could move in seemed a little small, especially when trying to evade those cool sideways missiles.
Reply
V

Thank you so much! I really appreciate the feedback and I'm glad you liked the graphics! I know about the bug with the movement (that one's been around a while, I'm working on it), and I'm currently working to improve the vertical bounds as well. I also am very aware of the boss not going away, I will definitely look into it! As far as respawning below the screen, was the ship stuck there or did it come out of the bottom of the screen and allow you to keep playing? Thank you so much for playing and leaving so much awesome feedback! I really, really appreciate it! :D
Reply

It let me keep playing, but the ship was still moving very slow so it took me like 10-20 seconds to get back onto the screen.
Reply
V

Okay, thank you so much! Working on it!
Reply

Game Graphics UI Graphics
Game graphics is great, though UI may use some work.
Reply
V

Thank you! I appreciate the play! :D Any other feedback you'd like to express? (Again, I really appreciate it)
Reply