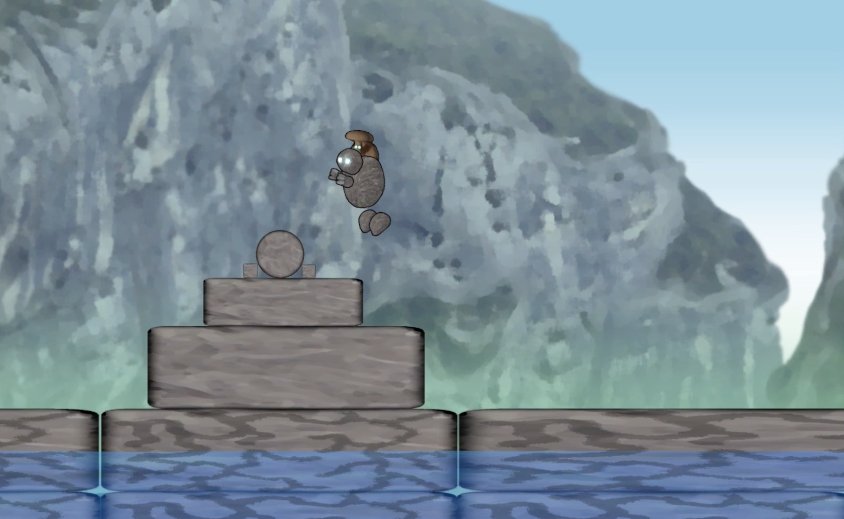 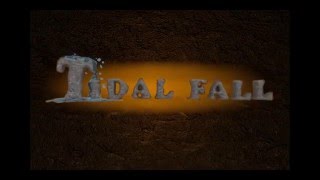 Tidal Fall will be a 2D physics based platformer, set on a magical island which is slowly being consumed by the rising sea. You'll play as Kole, a stone golem intent on rescuing the island's elemental inhabitants with the aid of his water-spirit friend, Wight.

Gameplay will be level-based, each challenge providing exciting and addictive action puzzles in the form of physics-based platforming. The sea is constantly rising, so your goal is to keep Kole above water for as long as possible on the rickety structures dotted around the island.

The game will follow a rich and compelling storyline, introducing memorable and endearing characters along the way. With storytelling as much a core focus as gameplay, I'm putting extra effort into making this world feel real and intriguing.

The demo I'm including as a download was created a while ago, and was only inteded to showcase the unique platforming style, not the story. The build you'll download is only a mere slivver of what the final game will be like. I'm looking for critique specifically on the gameplay style, so ingore the art (or lack thereof).

None (It's literally the first draft: How can there be any changes? [:P]).

(Of note: Most of these are already in the curent game, but weren't present when the demo was built)

I checked out the game and I have to say it is a pretty interesting premise overall. I liked the idea that the water is rising and you need to survive and based on that idea your platform around for maximum survivability.

That said the demo was extremely buggy and I couldn't understand in level 2 what I need to do exactly since pressing X is used to hit stuff too. So it was weird as I kept damaging stuff and the water dude was just on top of me. It wasn't until by luck I noticed that the water spirit can only lift me up when he is way big.

I would suggest you allows WASD with the arrow keys. I wasn't comfortable with them in all honesty. Though A and D work, the W for jumping doesn't.

I would say in the level select screen skip the part where you would have the player click on the island (after finishing the first level). Perhaps open that screen up again when the second island is open up for play.

Controls feel OK but needs polish. I am guessing this is all for testing so I won't dwell too much, but I'd make it less slippery.

There was no actual way to restart the game when I didn't die until I found the debug key "C" and there was a refresh and next level buttons. That said, I would either load the next level automatically when you win a level or bring up a UI box that gives me the option to click next level right away.

All in all, however, it seems a good idea and seems it would make for some good stories. Specially if the two characters can interact with each other with different mechanics and stuff. Good luck :)
Reply

Thanks very much for the roast! [:)] I'm glad you like the overall concept, and I'll definitely look into implementing better controls and interface. Hopefully I should have things all up and running smoothly by June. [:P]
Reply

Oh, and sorry for replying so late, I've been massively busy, as you probably expect. [:P]
Reply
j

Mechanics Level Design
Hi!! I enjoyed playing your game for a few minutes. I couldn't figure out level 2, it got me bored. Other than that I wish you could offer more material to make a better judgement. I would suggest you keep at it, though, I would like to play a further demo with a complete level, say, or a few levels. I think it is too early to say anything, except that I would like to play this game when it is completed. Also, why is water so harmful that the character can't even seem to get his feet wet without starting to drown? I think you should change this, make it so that you can get your feet in the water. Thanks for letting us play your game!!!
Reply

Hi there, thanks for the interest and feedback. Tidal Fall is now complete, and available to play on the play store (https://play.google.com/store/apps/details?id=com.FanaticGameStudios.TidalFall&hl=en) or on gamejolt.com (http://gamejolt.com/games/tidal-fall/153226). Good luck saving Tengy island!
Reply

Animation Controls
The graphics and animations are good, but some sound might help.
What's the weakest point of the game is that you're sent back to menu everytime you complete a level. Also, why is there a congratulation text for first level at the beggining of the second? That may be quite confusing.
Reply