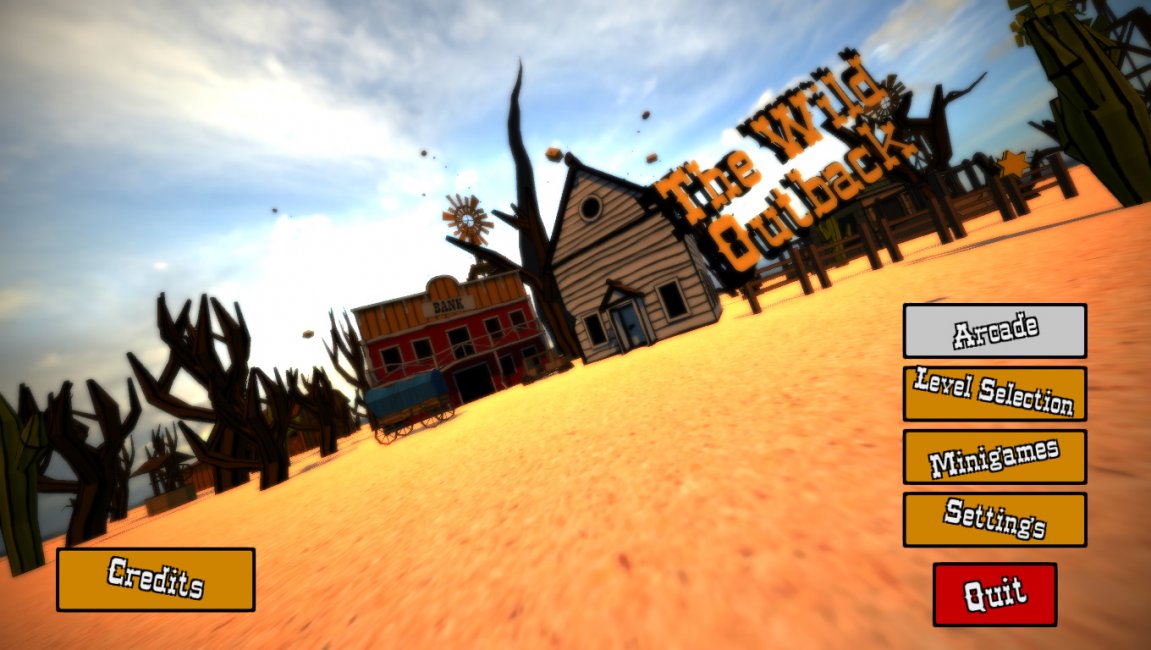 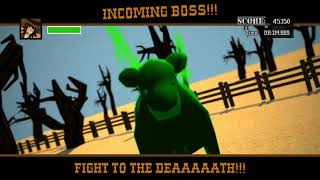 8 months ago by oztech9

An arcade / top-down shooter game set in a fantasy wild-west location that is being invaded by an alien race of mechanical robots and mutant animals.

Many changes were made to the NPC's / object's graphics so that they can stick out better in the level. Levels are more action-packed with enemies and bosses that are more difficult as you progress. Optionally, you can now press 4 to open up a command window for your ally NPCs.

Full controller support was added to the game. You can now go through many of the menus using just directional controls.

None at the moment, this is the first full version of the game.

Game Graphics Mechanics
Woah boy, you can see the passion put into it, but it's one clunky and buggy mess (on my first try the boss didn't spawn at level 1 and because of that I was stuck on that level). Not gonna lie I only tried this game because of those paint paintings, and I think that your entire game should be made using that art style. Enemy AI is a non-existent, they get stuck almost every single time, some won't even agro to the player. I highly recommend you checking out nav mesh, and reworking enemies so that they are using it. Remaining enemies counter would be really good. I don't see the point of going inside the buildings when you don't really have to avoid the enemies to survive. I don't know if it's a bug, but there are no sound effects in the game, only music. Leves are unispired and boring, most of the time enemies get stuck on those buildings. Enemies are boring. I don't really feel that moving text, it's more distracting, than good looking.

Minor problems:
-Music on mission 4 is really bad.
-bullets from chicken altilery are colliding with the chickens.
Reply

Thanks for your feedback! I'll address these concerns in no time!
Reply
v

Level Design
Hey. I love your game. I think that this game is impressive as your first game. I finished the first two levels, and I believe that it was amusing. I wish it had some progression system like leveling, skill system, or economy with some in-game coin store. I made a video about how I played your game. I hope you check it out and like it. If you want to delete it, you can ask me anytime.
The video is here: https://youtu.be/I-QwsUmeYoY
Reply

Thank you very much for trying the game! I appreciate your progression idea and your enthusiasm for the game! I'm happy you recorded yourself playing it with facecam it's always super fun to watch people react to my game for the first time!
Reply
v