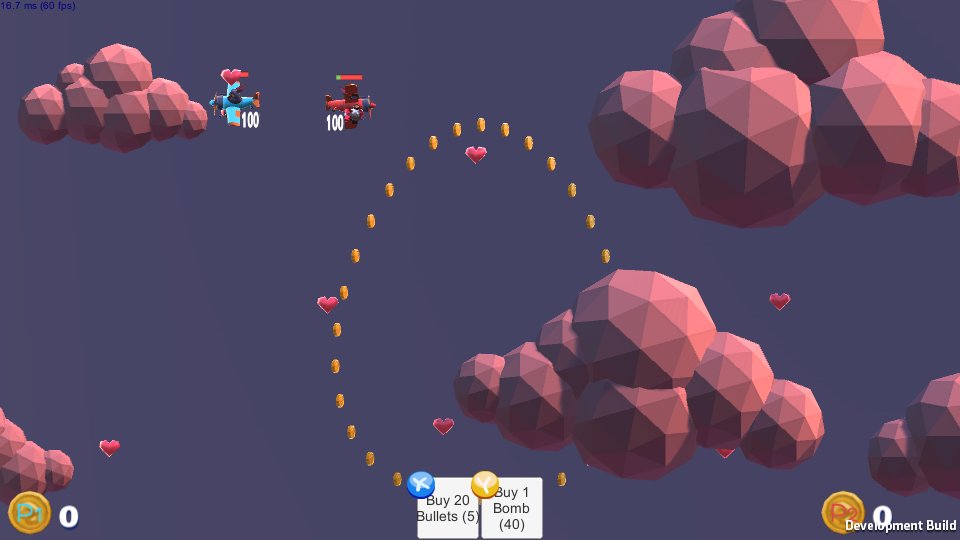 You are a prabbit (mix of rabbit and parrot) that needs proving it is the best pilot in its class by winning a last man standing tournament. Beware your ammunition and the perm death bombs!

Hence, even if you have no victories, you can still make a twist and win the tournament by using successfully a bomb.

Using a XBOX360 controllers, the controls are:

- Left/right to turn anti-clockwise/clockwise, respectively
- A to shoot a bullet
- B to shoot a bomb
- X to buy bullets
- Y to buy a bomb

Using a keyboard, you can play up to 2 players locally:

- A/D or left/right arrows to turn anti-clockwise/clockwise, respectively
- C or ' to shoot a bullet
- V or ; to shoot a bomb
- B or L to buy bullets
- N or K to buy a bomb

Game Graphics Mechanics
I liked how the planes would tilt and flip based on how they were turning.
The gameplay itself seemed a little lacking to me. For the most part the game is a simple plane combat game, and the addition of purchasing ammo just felt weird to me.
best of luck in your game creation endeavors.
Reply