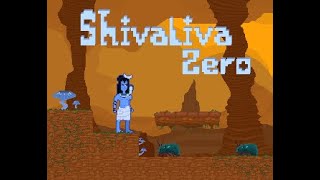 Shivaliva Zero is a short and simple single-player platformer, inspired by the classic side-scrolling games. It consists of 7 short levels that you each have to finish under 2 minutes, can you beat them all? You play as a character from the yogic lore named Shiva.  Shiva has to collect Rudraksha, known as Shiva´s tears of ecstasy.     Controls:    A/Left, D/Right keys to move left and right.   Spacebar to jump.   Esc to pause and unpause the game.    Use mouse to select the buttons.     Install instructions:

After the download is finished, extract the files in the zip folder and then open the ShivalivaZero.exe application. You should then be able to run the game.