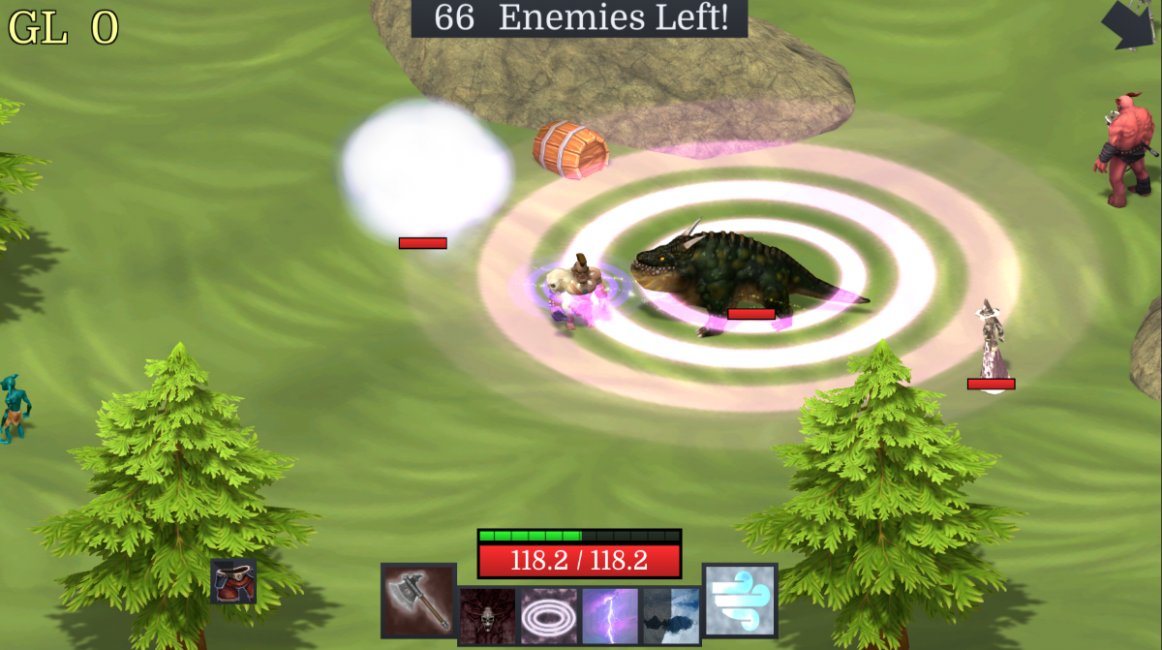 Play as this barbarian guy as you travel the land slaying monsters, getting epic loot and reaching max level. Use your mighty axe and several spells learnt along the way to decimate your foes in this non-stop action role playing game.

Level Design Mechanics
Well, this is not what I'd call a RPG. There's no roleplay.
This game's about rising numbers, and this is ok, but those games must be not annoying to enjoy. Clicking the enemies to attack doesn't work sometimes, you'd be better off giving them circular indicators under their feet. The items don't vary this much, make little sense and are not represented graphically.
I guess you've used Brackey's RPG tutorial and wanted to make your own Diablo, but this stuff needs some work. The UI overlaps with itself, there's no way to get rid of weak items once they are not needed, the walking speed is very slow and the upgrade is not worth the points.
There are many, many little mistakes besides this, but my memory isn't that great.
Reply

Thanks for the feedback!
There is not much roleplay. Story, Customization, and Character choices had been put on the back burner while I was getting internal systems figured out, and the items. With luck I'll be able to add some classic roleplaying elements to the game in the future. The game is designed to be more Diablo or Path of Exile than Dungeons and Dragons though.
I just released a new patch that hopefully fixes some of the issues you mentioned. The Hero was getting in the way of clicking enemies, so you would click him instead of a monster and he would decide not to attack. I think that was the problem with clicking on enemies failing to work. The cursor now also changes to an axe when hovering over enemies so you know its good to attack.
The item stats have two modes a simple and a normal mode which can be toggled in the settings. In simple mode it only shows offence, defence and healing, in normal mode it shows all the stats. I'm not sure if you meant they didn't vary from just seeing the simple mode stats? Either way the default is now normal mode (for new players; you will have to change it in settings)
I'm a programmer and not a modeller so unfortunately the items will not be represented on the character model for awhile. The story and roleplay elements will probably come first.
The UI panels on the left shouldn't overlap anymore (except the reward popup). You could always disenchant unused items by shift clicking, but I didn't make that clear anywhere in the game, it now tells you as much in the inventory. I also increased movement speed and the bonus that movement speed points give.
Thanks again for the feedback, and if you memory improves, I'll endeavour to fix the those many, many little mistakes too.

Mechanics Story/Writing/Dialogue
I always like action RPG and those beat 'em up, hack and slash easy to play types of games. I thought the gameplay and graphics were good. Perhaps the storytelling could be more enthralling and capture the audience's hearts and minds.
Reply