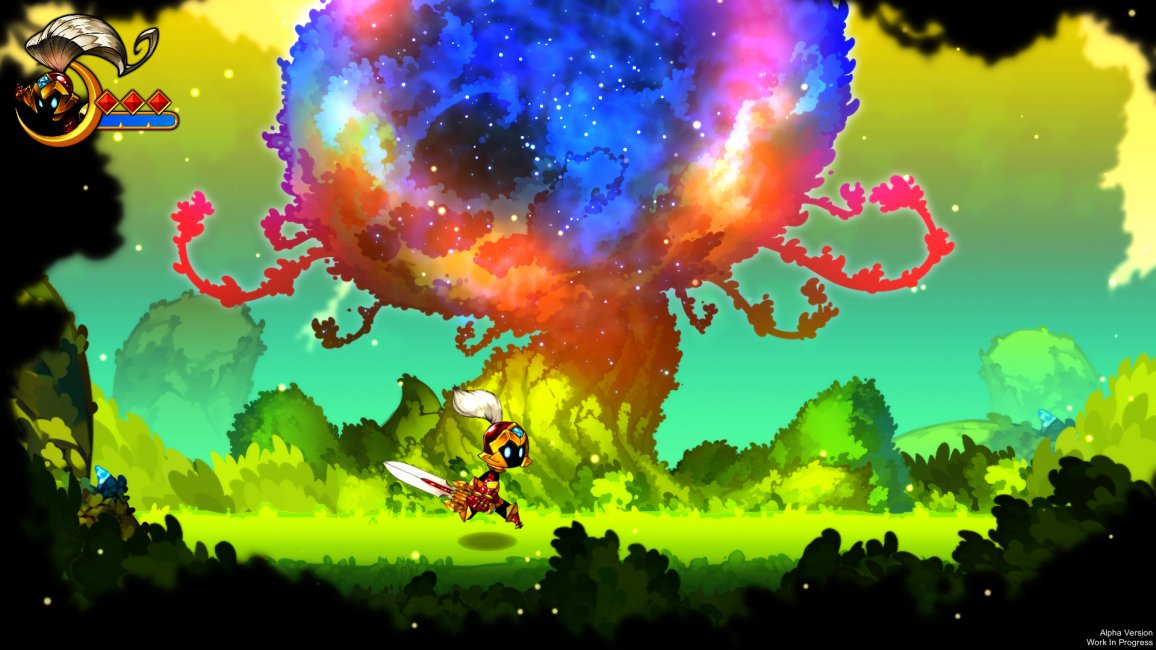 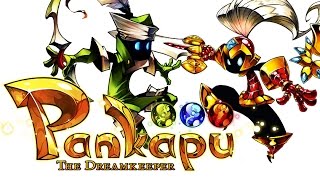 3 years ago by Pankapu

On stormy nights, children are told the story of Pankapu: the Dreamkeeper. A narrative action/platformer in 2D designed as a tale.
It's aimed to be a simple game, like the ones we grew up with, made to be fun :)

Story : Discover the dreamlike world of Omnia, control Pankapu, a tiny being controlled by the God of Dreams, Iketomi, and defeat the hordes of nigthmare that try to infiltrate Omnia. Discover the mystery behind that invasion, and lift the veil on ancestral secrets.

In Pankapu, there are two levels of reading:
-The story of Pankapu, epic and naive
-The one about the life of Jaha'rell (the man telling the story), dark and tragic.

Gameplay features:
- Episodic game
- Switch in real time between 3 Aegis (acting like jobs)
- Nebula system : a skill-tree * You can re-explore the stages to find new weapons
- Poetic soundtrack composed by Ganaé and Hiroki Kikuta (composer of Secret of Mana)
- PC, Mac, and Linux. And it will be released on PS4/Xbox One later.

Don't hesitate to try it and give us some feedback ! :)

Game Graphics Mechanics
The Good:
Gorgeous graphics with smooth animation.
Intro that really captivates and puts you in the game world.
Good level design that teaches you the mechanics as you go.
Controller support!
The Bad:
Unresponsive controls, once you attack you are locked in the animation and unable to break it and go into another animation which makes fast reactions nearly impossible sometimes. Example: Attacking, trying to jump but unable to do so because animation still playing, end attack.
Attacking enemies doesn't "feel good". Number popups are nice but it doesn't really feel like you are doing any impact hurting a enemy.
Reply

Thanks for the comment, and sorry for the late reply!
Thanks for the feedback! We are currently working on the "feel good" when attacking an enemy, so that will be improved in the final version :)
Reply
B

Game Graphics Level Design
What a beautiful game - the graphics definitely stand out as a highlight for me...such a pleasant environment to walk around in. Controls seemed to all make sense, and being able to switch Aegis was nice. Everything responded as I would expect...jumps/attacks etc all felt right.

Not sure that its really my kind of game as far as gameplay goes, but having said that, I kept playing just to see what other visual delights you had in store! Loved the under the roots level - just the right amount of light, loved the 'spores' that came out of the mushrooms, and the light up mushrooms.

I did find that occasionally when my character decided to flip during an attack it felt...annoying. It felt like it was slowing his attack/ability to do anything else.

Visually stunning, and quite enjoyable. Slow, but in a good way I think!
Reply

Thanks for the comments and the feedback !
The gameplay will be very much improved in the final version :) There will be many more levels in the game! Don't hesitate to check out our Kickstarter page : https://www.kickstarter.com/projects/tookindstudio/pankapu-the-dreamkeeper you'll be able to see some of the visuals present in the game :D
Reply
J

Game Graphics Mechanics
The audiovisuals of the game are gorgeous, they buy me alone, but still, the game manages to have some flaws.
First, the blinking mouse cursor. Try disabling it for good.
Then, there's the balancing issue - the archer mode is far superior to the swordman mode.
Both modes require more AV feedback, as the archer's attacks are unnaturally silent. This brings us to the next issue - the combat has too little feel to it - it lacks anticipation frames and the feel of weigth in moves.

Still, one of the most promising projects i've seen lately, looking forward to see it done!
Reply