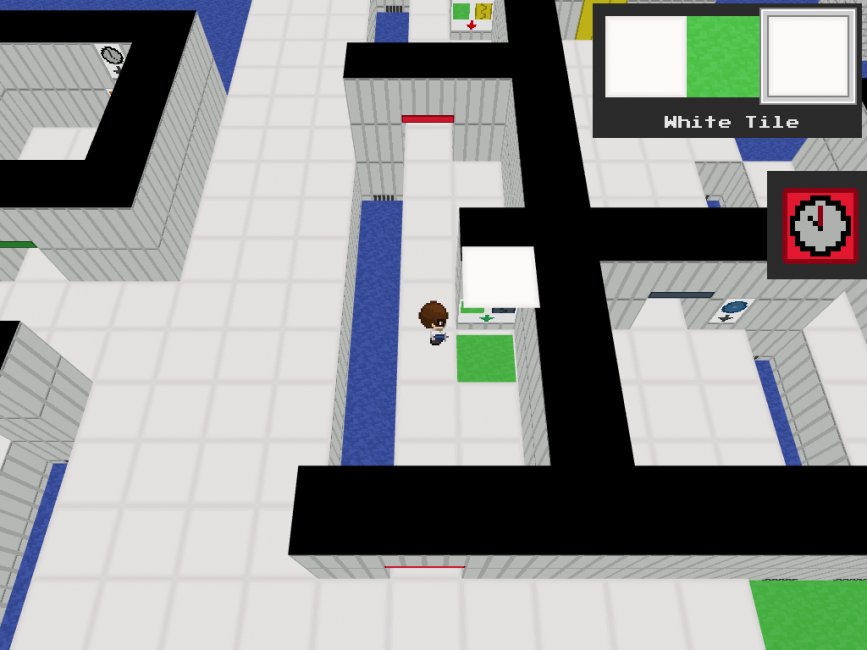 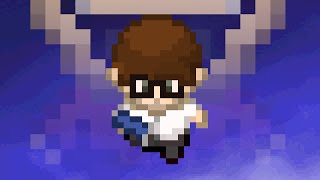 Neo-Zero is a role-playing game set in a 1990s computer simulation. Neo-Zero takes place in a hi-tech, dystopian, computer-simulated world, and features puzzles similar to the Portal games as well as music-based battles similar to Undertale and Dance-Dance Revolution.

In the 1990s, a group of programmers are tasked with creating a small, simulated world for the purpose of psychological experiments. The world inside the simulation devolves into a dystopia controlled by a single, abusive government. After deeming it unethical to destroy this simulation, the programmers decide to leave it running. However, this world starts to glitch and fall apart...

Inside of the simulated world, you play as Apollo, an aspiring junior scientist at Oxylabs who is forced to perform tests on Oxylabs’ Propulsion Gun Prototype. During a morning of testing, Apollo finds himself stuck in the middle of a sticky situation: a military-enforced shutdown of the unethical Oxylabs.

The current version of Neo-Zero is the Kickstarter demo. It runs on any Windows PC (Windows Vista or higher) with at least 2 GB of RAM and most graphics processors (integrated or dedicated). Hopefully, Linux and Mac versions will be made as well!

Mechanics Controls
"By using this software, you agree that you are an amazing person. :)"

Nice touch, How did you get the installer?

Now onto what I think should be fixed:
custom window size, not full or not.
a way to speed up text in the beginning
I would prefer a grid system for moving because its hard for me to get around things
Custom controls
more intensive to use all 3 slots, i used only 1 because I forgot the other 2 existed
I liked the questions between lvl 1 and 2

I played level one so far, definitely going to continue playing, this game is awesome
are there different endings? I closed the document on the computer and I scare easily...

I died after the very long put all the right blocks in the beginning.
Im mad
Reply

Thanks for roasting my game!!! I made the installer using an NSIS script I wrote.

I definitely agree that the controls need to be refined. In addition, the hit box on the player might need to be a little tighter. The custom window size is also a good idea.

Oh, I was scared that when I deleted the file something bad was going to happen, I suppose it will in the final game.
I will go for all of the endings when you finish it.

This is an amazing game
Reply

6Quest - The Choice Is Yours

Playstore link: Click here for 6Quest - The Choice Is Yours - Interactive Stories - Playstore Page ”What would you do if you were the hero of a story? If you could choose the direction it takes and make all the important decisions? If you could decide whether to save the princess or befriend the dragon? If it was your choice to throw the Ring into the fire or to keep it?” 6Quest is a choose-your-own-adventure type fantasy game taking place in the shattered world of Felorian.The world of 6Quest is made out of stories and these stories feature you as the main character, letting you make all the important decisions about the way they unfold.Explore a land full of adventure, intrigue and mystery! Short or long, easy or hard, charming or horrific - all stories have their place in this fantasy world.The game system behind the stories is our own design, enabling features such as branching paths, timed challenges, character development, moral choice systems, resource management, dialogues, multiple endings and many more opportunities that provide the player with a unique reading experience. This game features:Multiple fantasy gamebooks (Currently 2 complete quests and 1 demo)Collectable achievementsCollectable codexes, interesting pieces of world lore to collect and readStylish original illustrations Current contents:Awakenings, the introductory 6Quest gamebook (available for free)Just Another Day, a gamebook about keeping the Law in a fantasy city (Purchasable with a free demo)Shipwrecked, a gamebook about solving the mystery of a deserted island (Playable demo)

A Day and a Night

Hamza Blade, a warrior with a mysterious past, awakens in a small village. Is he safe from the deeds of his past? Will he find what he sought in this small village? Find out in this short adventure-RPG! Transform into a reformed hero or remain a heartless villain through the morality system Master trigger-based battles to slam your foes into oblivion Discover multiple quest lines and ways to change peoples' lives Works on Linux via Wine or Lutris.