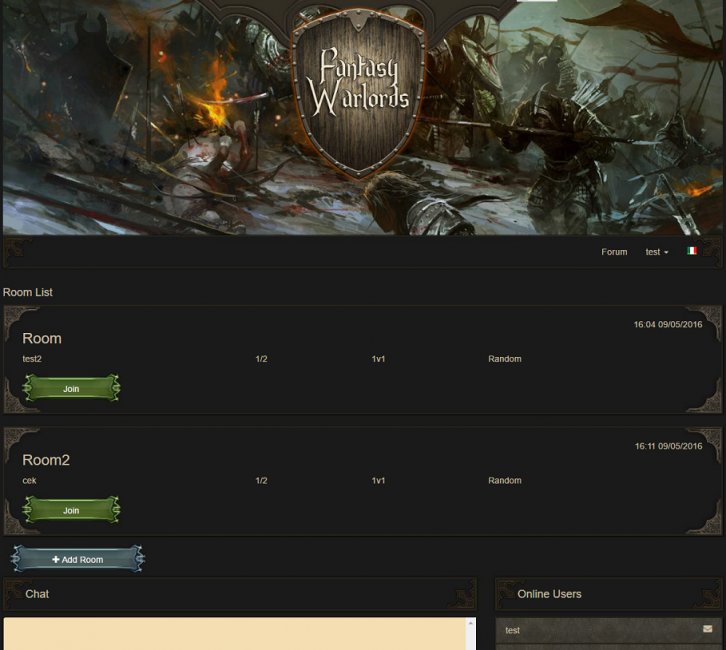 Fantasy warlords is a massive online multiplayer game in which players compete with each other in a turn-based combat system.
Each player can create a team with up to 5 troops to confront other players and become the best.
Achieve the highest level for the troops, it will allow them to advance and then specialize and become stronger.

You can fight against another human player or against a AI bot.

The development team wants to be close to the community, so if you have ideas or suggestions feel free to write them, and these could be included in later versions of the game.

UI Graphics Mechanics
I clicked: Try a Battle without registration

The whole UI was unresponsive after that. Can't chat, can't do action, can't see a map or anything. I guess there is a bug you should work out.
Reply
K

Thanks for your feedback, can you please tell me wich browser are you using?
Reply
f