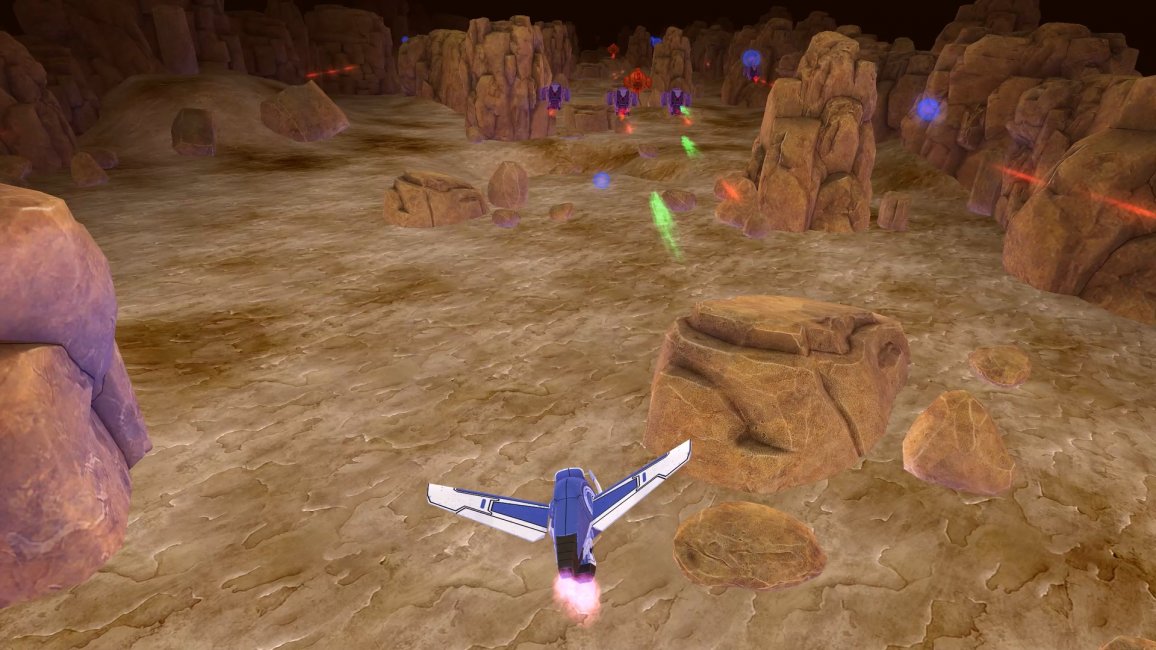 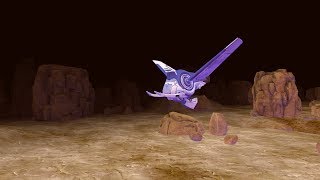 Danger Forever is third-person scroll shooter,
a bit different from usual "shoot everything in sight".

Your health-bar is your fuel-bar. And everything cost energy - your movement, bumping into things, getting hit by enemy fire.
Shooting and shield both cost energy, which is recharged over time.
So defeating enemies is a matter of survival -- energy they had just may keep you alive a bit longer.

After some playtesting, I've decided that using fuel for shooting is kinda way too punishing. Also shield was kinda strange thing -- using its own rechargable power source not connected to fuel. So now there are two 'resources' : fuel and energy.   Fuel-bar is your health-bar, as before. And fuel is still collected from defeated enemies and destructible stuff. But shooting and shield is now using energy -- a separate bar which is recharged over time.   You can also shoot even if there's not enough energy -- it's called 'overload' and will cost you some fuel (effectively killing you a bit). Desperate measures for desperate times :)

Mechanics Tutorial/Learning Curve
I actually enjoyed this game. It's a nice arcade game when you want to kill some time. And I do like the gameplay mechanics as well. The biggest issue of the game is that it doesn't teach how to play the game properly. You'll need to read the game's description. It could be easily shown in the tutorial (or have the tutorial playable, which is preferable, in my opinion). There are some additional issues as well:
-The menu doesn't tell which buttons to press.
-The music wears the player down after a few minutes. It could have been a bit longer, with some variance.
-The game is a bit repetitive, even though it has some good mechanics. Some variation would be welcome.
Reply

About tutorial, what information is missing? (I assume you have seen first-time-non-skippable tutorial screen).
Controls maybe?..
Reply

It would be a good idea to include the controls in the tutorial. Giving the option to rebind the keys is also a good idea (the controls are fine for me, but some may prefer a different control scheme).
Reply

Yes, I've recently came to conclusion that game really need short 'training' level explaining controls (some are not-so-obvious, especially for newly added stuff ) and critical gameplay things (fuel/energy).
I'm being figuring out how to show/explain all of this quickly and (preferably) without text :)
Reply

Can you elaborate a bit more on which graphics looks worst (and need most work)?
(environment, player-character, enemies, UI/HUD)
Reply

Game Graphics Tutorial/Learning Curve
Very likeable little things, brings me back to 2000-2004. Had some fun and i love the aesthetics.
Reply

Mechanics Animation
Looks very nice, the only thing is that when i started i didint know how to shoot i had to go look for fire button.. unclear tutorial how to shoot.
Reply