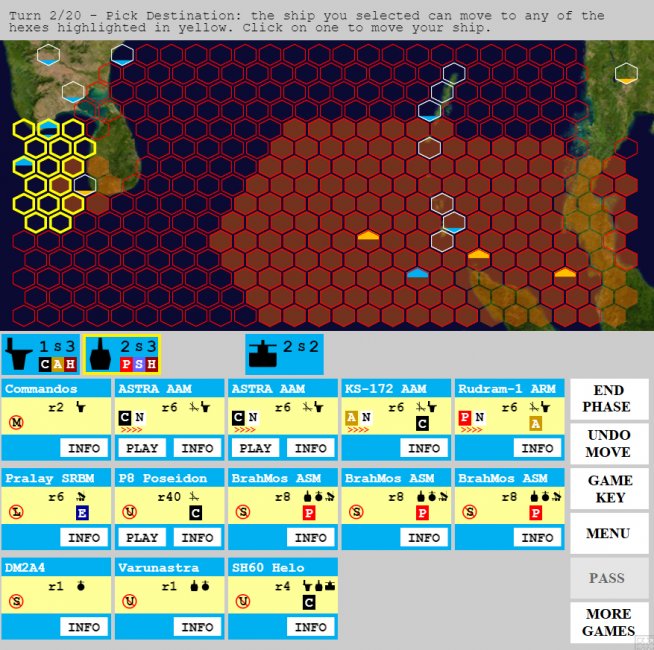 This game simulates a naval war between India and China at some point in the near future.  A shooting war has broken out between India, the PRC and Pakistan in Kashmir. In an effort to cut off India’s sea lines of communication, the PRC has dispatched fighters and reconnaissance aircraft to Sri Lanka, in preparation for the arrival of a PLAN convoy transporting fuel, weapons, troops, and supplies.  If the PRC can set up a fully supplied air base in the heart of the Indian Ocean, Chinese stealth fighters can strike Indian shipping at will, effectively shutting down India’s war effort.  In this game, you play India, and you must stop the PLAN convoy from reaching Sri Lanka.  You must also transport supplies and reinforcements to Indian bases in the Andaman Islands.  If you can reinforce the Andamans, you can keep the PLAN out of the Indian Ocean indefinitely.  The Chinese will reign down DF21s on any ships that they detect, and the Bay of Bengal will be crawling with PLAN attack submarines, so be careful!