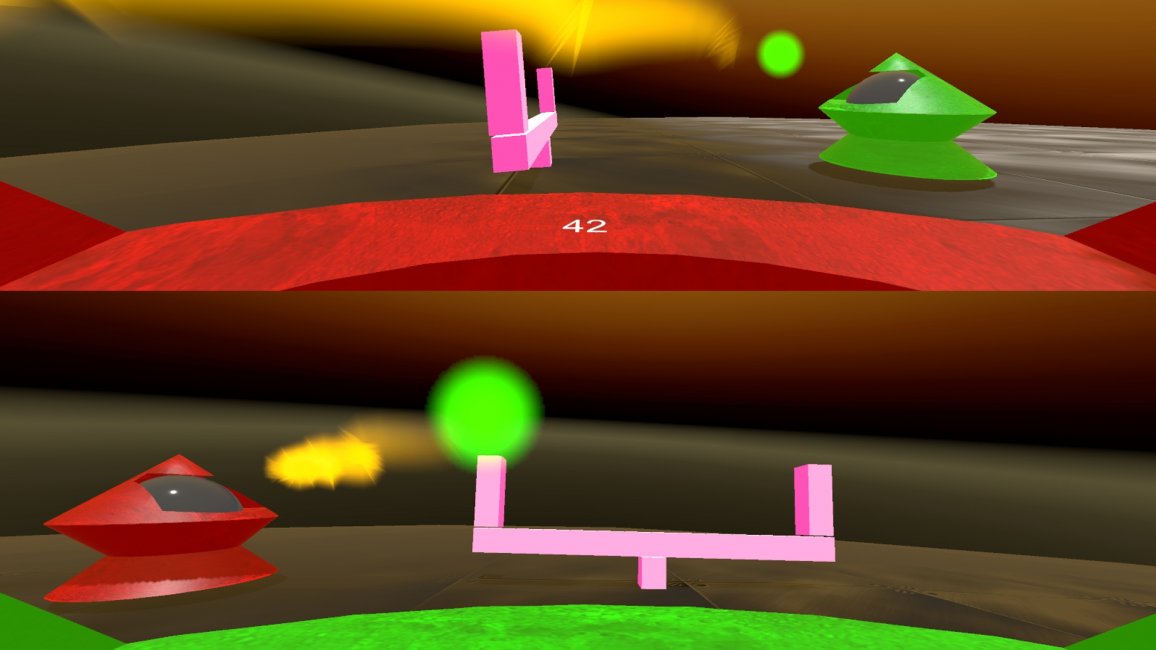 This is a PC download, 33mb, from my website, for my game Blazr, which is a take on the 1985 futuristic sports classic. It's early stages, but has sound, controller support, 1 or 2 players, bots and nice graphics.

It plays on a spherical field, so real over-the-horizon shots are possible, and one can jump.

I'm not sure if the jump mechanic is practical for such a high speed game. The AI doesn't jump yet, so the goal stays fairly low.

I didn't follow the classic exactly, but most standard features such as bot-vs-bot, angle shot and dribbling are implemented.

This is actually my second take on it, the first was a Blitz3D version 15 years ago, which I started with a friend who is also a huge fan, and who made the 3D-models. It was never published, only shown in an art context.

I played the original on C64 and Amiga a lot, but didn't quite get all the subtle details until now.

Actually, as is visible on my site, I'm trying to craft awareness games which aren't too boring, so this is a spontaneous side project. I hope it rocks!

I'm not too sure how much I'll have to change to make it fairly original if I ever craft it into a finished product, which will largely depend on how much fun it can be to play...

I plan to make it a four player game.

Take a part in Row Championship and see how you will fare against other players from around the world!

Multiplayer minigolf game.  To play single player launch in window mode and host server, then launch another instance and join the game.  Default IP.  This is an old unfinished game but I tested and the build seems to work.  Posting just for fun.Mousewheel zoom, arrows to look around.

Are you are winner? Prove it.   Manage every aspect of your very own basketball franchise. Draft, hire and develop your players into the ultimate victory machine. Best other players and your friends in three different competition formats or challenge them in friendly duels.   Lead your team to victory by adjusting their tactics and play style in real time in the only realistic online basketball simulation ever made!