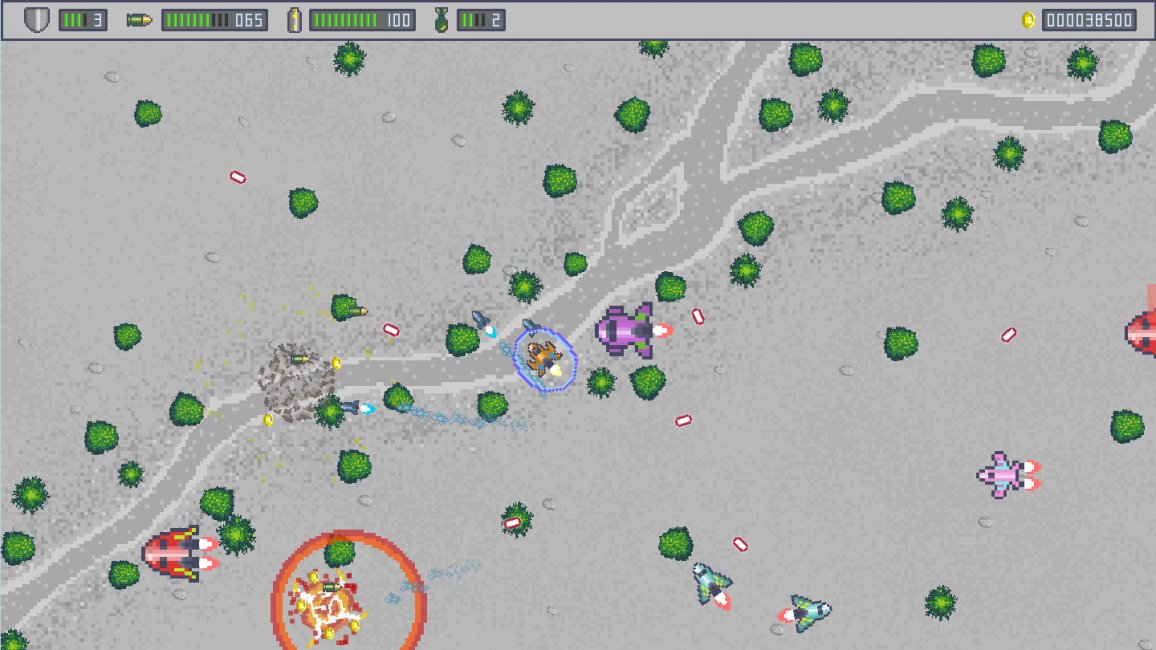 Blaster Crafts! is a shoot 'em up action game still in development.
This is an alpha version of the game.

Added the options menu (custom controls not implemented yet)
You can now control the music/sound volume, control the screen shake effect and set the game to full screen
The highlighted text in the menu is bigger
Made the player ship smaller
Made the hitbox of the player ship smaller
Changed the background to B&W
Bombs now don't destroy everything
Carriers spawn more often
Tweaked the turning speed of the player
Removed the bullet spread of the weapons

Game Graphics Mechanics
Controls are fine, I got used to it really quick.

I like the retro art style. However, there are some graphical elements I'd adjust
- the background image too bright and together with those trees, it camouflages some powerups (especially ammo) sometimes
- the "pixels" sizes are not consistent. I don't mind having finer pixel art objects in front of a coarse background, but the background alone has different levels of detail
- the health display should be more present

I know it's just a beta and you might not have concentrated on content much yet. But still: What is the goal? Is it just all about collecting coins? Is there any variety in difficulty (e.g. end bosses or huge waves of enemies)? I also think the "action" could need some tweaking. Try having more enemies or higher rate of fire, but have them dealing less damage, so difficulty overall stays the same.
Reply