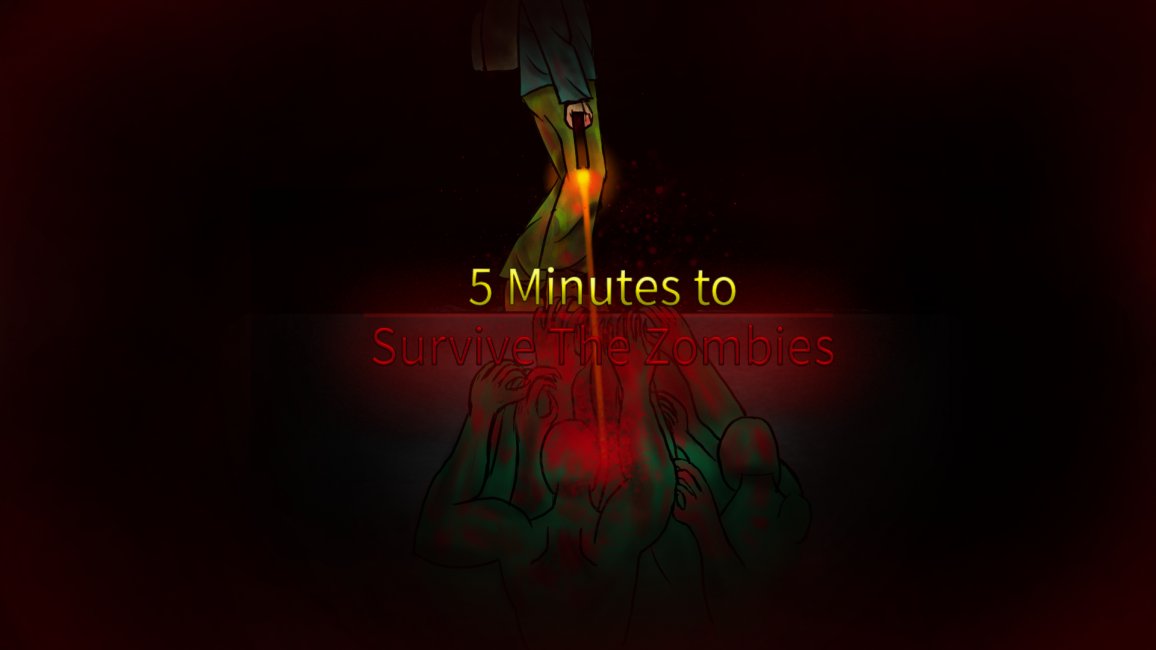 5 Minutes to Survive The Zombies

You have five hours until the morning (five minutes) to locate a way to escape from two zones - easy and hard, which has been overrun by zombies. Gather loot, sneak around and avoid fighting or not. It's your choice. Your objective is to get to the Military Base.

UI Graphics Mechanics
Hi, the game could have a lot of potential. I ran into the following problems:

-Really Really hard to sneak past first 2 zombies without attracting them
-The dialogue box should write out the full controls (in case people get confused with the acronym LMB or Lewy CTRL)
-I got stuck after getting the ammo pack, it seems like the ammo pack adds 30 bullets to the ammo maximum and not to the gun's current ammo (I'd go from 0/90 bullets to 0/120)
-I could open the developer's console (don't know if this was intended)

I really loved the UI and Art style and as a prototype I could see where you're heading. I'd say if you polish gameplay and the tutorial and add some animations this could be a lot of fun.
Reply
G

Story/Writing/Dialogue Game Graphics
Really cool ideia, the sound of the zombies and your movement are great. I also liked a lot of the UI.

I had some problems with my inventory, in my screen it was cutting some elements and I was lost in a part of the map where everything was the same, like a big space empty.

Overall it was a good experience.

Tutorial/Learning Curve Mechanics
Really nice concept. I played the tutorial level and it did a good job of teaching me what I needed to know in a way that wasn't heavy handed.

The tutorial didn't mention you have to press 'R' to reload your weapon. You should mention this but also it might be good to have weapons automatically have ammo ready when you equip them?

The game is tense (which I figure is the atmosphere you're going for! ;) )and having to use the flashlight is a really nice touch.

A couple of thoughts for improvement:

1. the stealth mechanic seems broken. My 'noise circle' didn't touch a zombie and yet they started running towards me. Or is the circle just meant to show how much noise you're creating, not the area of effect? If you're going to do stealth then I think the player should have a good idea of whether they're risking being detected or not, otherwise it feels random

2. I played 1 level and the goal was just to get gas for the car. Might be worth having a couple of sub-objectives in there to keep levels moving along, like 'check out the power plant' or something like that.

Overall though the game definitely captured a nice tense,zombie style feeling. and the music was good too! Menu UI was also very polished.
Reply

64.0 is a minimal rhythmic arcade game, where you shoot the bad guys at the rhythm of the music. The bad guys are the ones that have the same color as the background, but since the background is constantly changing, everyone can be a bad guy! Features Fast-paced action. Awesome chiptune soundtack. One unique mechanic each level. Endless mode. You can design your own levels and include your own music. Hopefully, we can have a colorblind mode.

Online PvP Air Hockey with fast-paced gameplay! Use your paddle to hit the puck into your opponent's goal on the opposite side of the table to score a point.